The driver of this vehicle found the entire factory system to be of very poor quality so decided to upgrade the speakers, stereo system and add a subwoofer.

We installed a Kenwood motorised DVD screen up front after taking out the standard cd player.  For the headrests we supplied and fitted Universal headrests with 7″ screens built into them which also housed a DVD in each headrest.  Because the kids were of different ages, each headrest screen also had a Ps2 Slim connected to it so they had the option of either watching a DVD or playing a game.

For the audio upgrade, we fitted MTX speakers front and rear in the factory location and added a JL Audio stealth box for the BMW X5 which was hidden behind the trim panel on the drivers side of the boot.  These speakers were all powered from a JL Audio 6 channel amplifer that fitted nicely to the back of the rear seat. 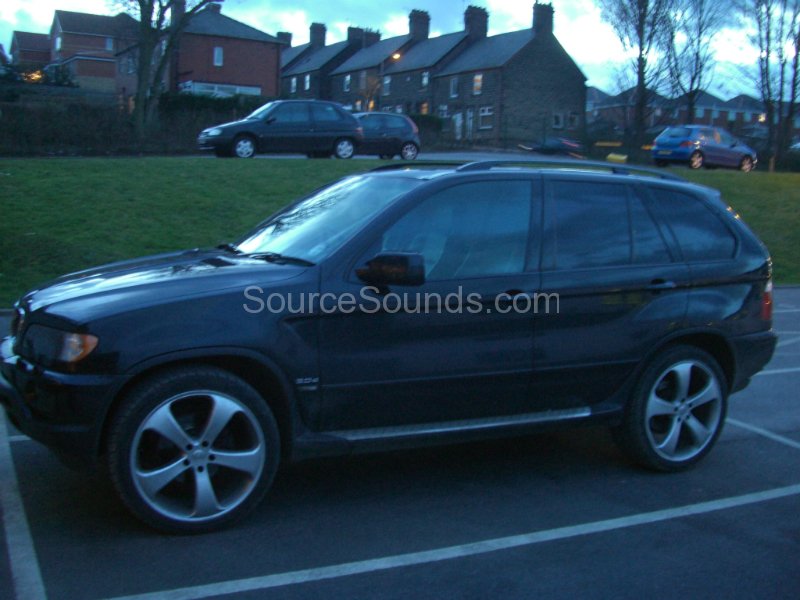 Source Sounds is the place to go if you are thinking of having any upgrades done to your vehicle!! They have a vast range of products to choose from, very friendly staff members who will go the extra mile to meet and go beyond customer expectations. The work they carry out is second to none, they have always done a really good job with my audio upgrades both with my current vehicle and my old one. I will be definitely going back in the future to get some more upgrades done. Would highly recommend them to everyone!! Big shout out and thank-you to Jordan and his team to make this possible.

Source Sounds recently completed a stealth boot install in my Octavia, along with new front speakers and some additional little tweaks. The work they have done has been immaculate. You would never know the anything had changed, until the music starts that is. The improvement is immense. I just want to take my car for drives, just to listen to things.

I highly recommend Source Sounds. Excellent work, very helpful and knowledgeable staff and excellent aftercare and support. I wouldn’t go anywhere else for my ICE needs.