The BMW featured here was treated to the full Source magic.

It had a full custom make over of boot install, door builds and kick panel builds.  The products used were Focal 165KRX3 3 way high end component speakers, 2x JL Audio 12w6 subwoofers.  The front end was run off a JL Audio HD600/4 amplifier and each sub was powered by a JL Audio HD750/1 mono amplifier.  The source unit was an Eclipse CD8445e high end cd tuner and with the edition of an Audison BitONE the customer had a fully customisable 8 channel EQ system which can be controlled via a laptop with the Audison BitONE software on it to adjust individual frequencies.

For visual entertainment a screen was fitted into the boot lid along with one in a custom centre console which ran from a DVD player.  Add to that finishing touches like blue accent lighting and alcantara and the job was perfect. 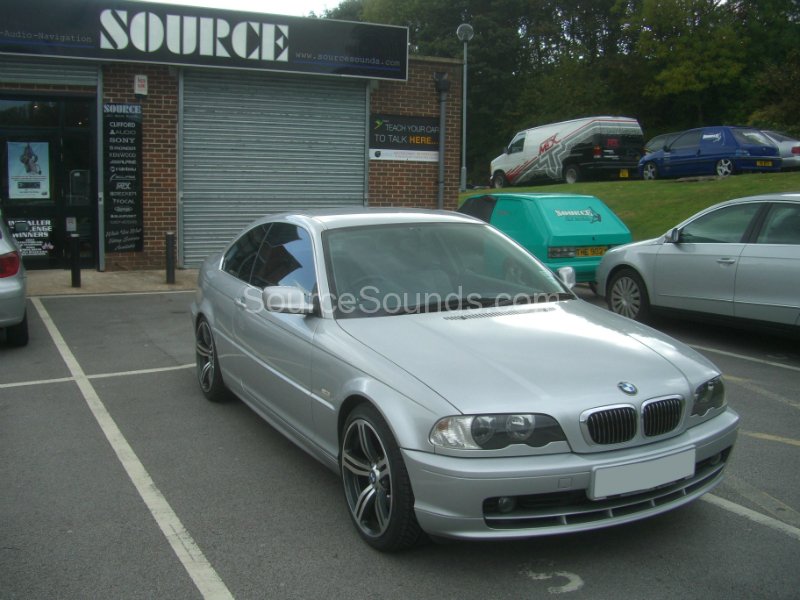 We traveled from Rotherham to get these guys to fit some reversing sensors to my wife’s car, I’d been before and they were very professional for both alarms and a radio on my van and this time as before they were brilliant. The work was completed ahead of time and one of the guys came out and spent 10 minutes explaining EXACTLY how parking sensors worked which was great as I hadn’t a clue. We are very pleased with both the professionalism of the people and the work in which they do. Perfect!!! Many, many thanks for such a great company.