Why install a Dash Cam? 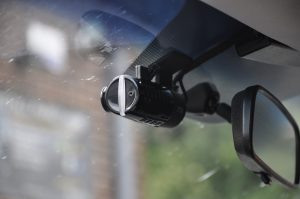 There is a growing industry in the motor vehicle world for Dash Cameras in Sheffield. This is due to the high number of criminals causing accidents on purpose for cash claims. Installing a dash camera in Sheffield will give the driver the peace of mind in the event of a crash. It will also record the crucial evidence of what happened following a collision. The great thing of adding a dash camera to your vehicle is “the camera never lies”.

A rising number of insurance companies are now accepting camera footage as evidence of blame in the event of claims. This footage can also be used as evidence in court. Many road users are now becoming victim of the “crash for cash” scammers. The scammers are often using sneaky techniques such as disabling their brake lights so that you crash into the back of them.  For the innocent everyday driver this means an increase in cost to their policy and possibly serious damage to their vehicle. Also, on the rare occasion as a pedestrian they are running out in front of an incoming vehicle to purposely get hit. However, the camera never lies…

Research has found that when a driver has added a dash cam to their vehicle it has made them a safer driver. Almost 25% of drivers surveyed by the RAC said that installing a dash cam has helped them improve their driving. This means there’s an added road safety benefit to having one fitted. If more of us got one there’s an argument to say that our roads would become that little bit safer. In addition, some car insurance companies are now offering discounted premiums if to policies if the driver has a dash cam installed to their vehicle.

Please check out our Website Gallery for pictures of dash cameras in Sheffield we have done.

Paul and the lads are great at Source Sounds…
Had a high end audio build done in my car. They designed everything to my spec… The work, fabrication and quality are faultless…
Had a problem with my alarm from a previous installer which they have fixed and had no issues since…
Just installed a tracker in my new car… great advice on which to go for as there are a few on the market, work was done in short period of time…
Already in talks of planning another audio system upgrade with them…
Im from Leicester they are in Sheffield about 75miles away… more then happy to travel to them as never had any issues once my cars drove out, they definately know their stuff… their customer service and help are TOP

Absolutely brilliant, outstanding service from advice on which alarm to have, very professional install and great introduction to the system when it’s fitted. I’d recommend these to anyone. Well done!

I bought a car radio from somewhere else with the intention of replacing the factory installed one. I contacted Halfords and they bluntly told me that they did not fit a radio that was not supplied by them. I then stumbled upon Source Sounds on internet and decided to give them a try.
What set wind to my sails was their warm customer relations and their confidence that it was “do-able!”. Their charges are reasonable as well.
They changed the fascia and in the process provided extra space for auxiliary equipment (space that had been covered by only two knobs on the previous radio). They kept me updated on the progress. I now have a trim dashboard , and am over the moon! Thanks to Paul and his team. Your customer care is second to none.