Chris first started his journey to a better sound back in 2014 where he had a BMW Z4 in which he decided to replace the factory speaker’s for the once favourable Hertz Hi-Energy HSK163 3-way component kit.  This component kit was then run from the very high powered Hertz HDP4 which also powered the Hertz Hi-Energy 6×9 speakers in the rear. The doors were heavily soundproofed and an Alpine IVAD511RB was fitted for the source, which back then was a state of the art piece of kit. Nowadays, not so much. Chris had been bitten by the bug and soon after decided to add the Hertz HDP1 monoblock amplifier that would power the Hertz Hi-Energy 12” subwoofer in the rear alongside the renowned Audison Bit ONE & the newly released Audison BitPlayHD.

Chris enjoyes his new audio system for around 3 years until he decided to remove everything from his BMW Z4 and put it completely back to standard. This wasn’t done willy nilly though however, his plan was to purchase a retirement car and boy did he. When Chris retired from the Police force he bought his beloved Mercedes SL500 AMG and started to plan his next steps on upgrading the audio with the equipment he removed from his Z4. That plan soon changed though however when Chris listened to our Audison HD audio stand in our showroom which he instantly fell in love with. Chris’ requirements in car audio instantly changed and his journey to high fidelity began that day.

With Chris’ new SL500 being a very hard vehicle to integrate into, we had to make sure that the products used were not going to interfere with any of the factory system; luckily Audison had just the product. This meant we could integrate all of our high definition equipment into the factory MOST system (Media Oriented Systems Transport) which gave us the factory outputs from the fibre optic amplifier which meant we had no loss of quality. It is safe to say that Chris now has a system that gives even the best home audio equipment a run for its money.

Source Sounds are able to integrate into numerous amounts of vehicle’s using the Audison product that was used in Chris’ vehicle. This means we can cater for anyone’s needs whether it be a simple entry level system or a very complex and intricate High Definition Audio system such as Chris’

You can purchase the latest issue of Driving Sounds here to read the full article on Chris’ SL500.

"This triumph of a system was no easy birth!"

Well to be honest - If there was an eighth box I would tick that. I have had a relationship with Source Sounds for some time now. It started with work on my old BMW Z4. I had an Alpine Head unit with Hertz High Energy 3 ways powered by a Hertz HDP1 and HDP4 amplifiers fitted. Through the years and some very hard work, I now have a bespoke system consisting of a Bitplay HD and Bit One HD fitted to my Mercedes SL. Paul has been pivotal in the transformation of my current car audio set up. 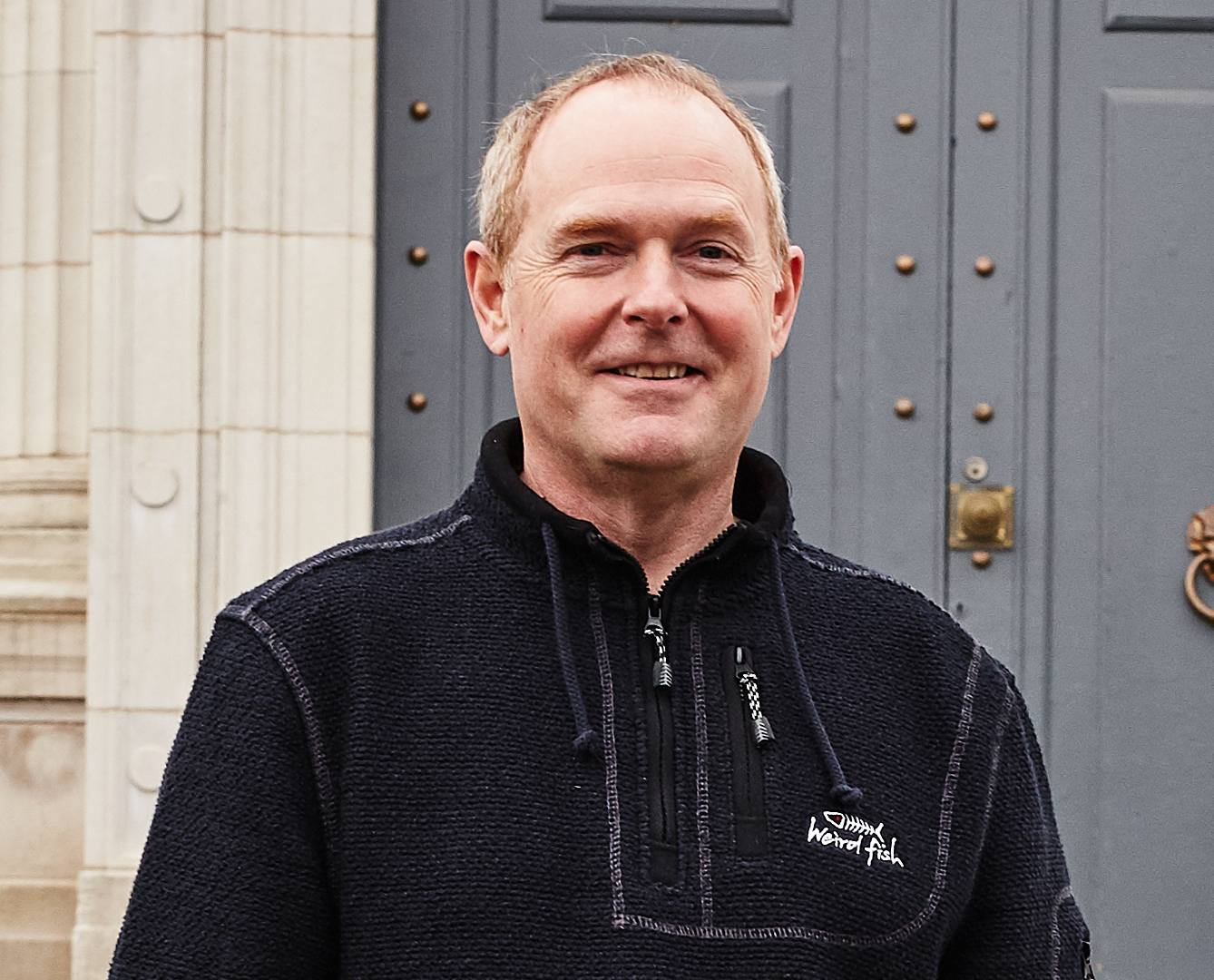 Chris’s vehicle was equipped with the facility of adding a DRC (Digital Remote Control) which allows him to control his BitPlayHD and his Audison Bit One HD on his factory Mercedes screen. This DRC was tastefully and discreetly integrated in his redundant ash tray. 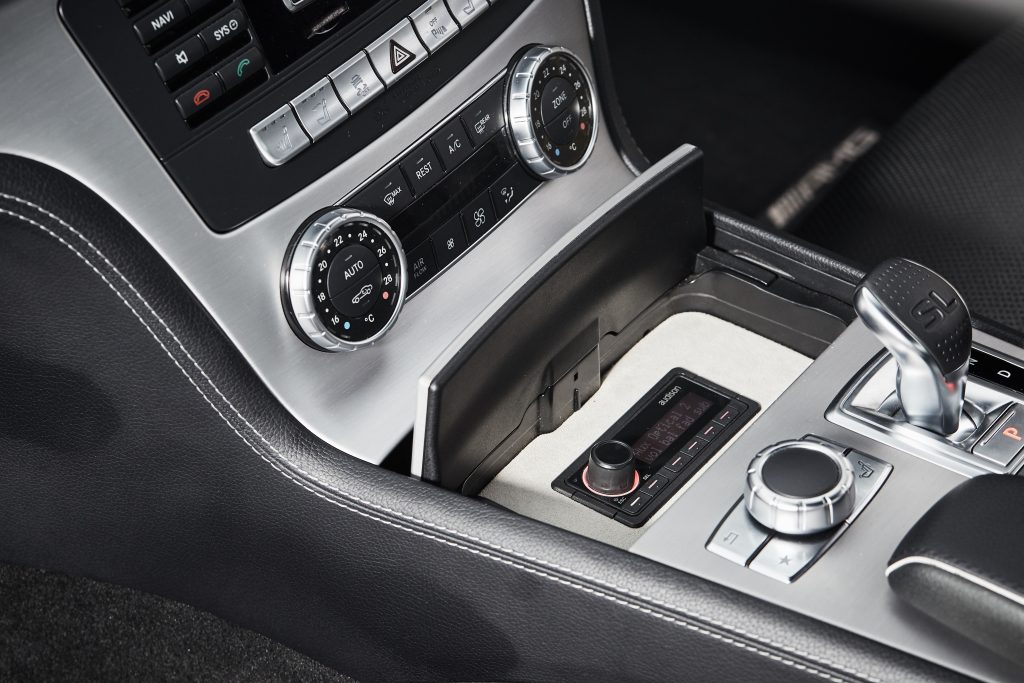 With Chris having the love of music, he knows what it takes to have a good sounding system. The factory Mid-Range speaker in his Mercedes did not keep up to speed with the equipment fitted, so we made him a new speaker housing in his door to give him the attack he so desperately needed.

The Audison Bit Play HD is a Media Interface
specifically designed for higher resolution music to be played through the digital system. The bit Play HD has the facility to play FLAC files which when accompanied by Audison’s products makes for an unrivalled car audio source.

Using the Audison DA1 bit, we were able to integrate all of our equipment into the factory MOST system with ease. 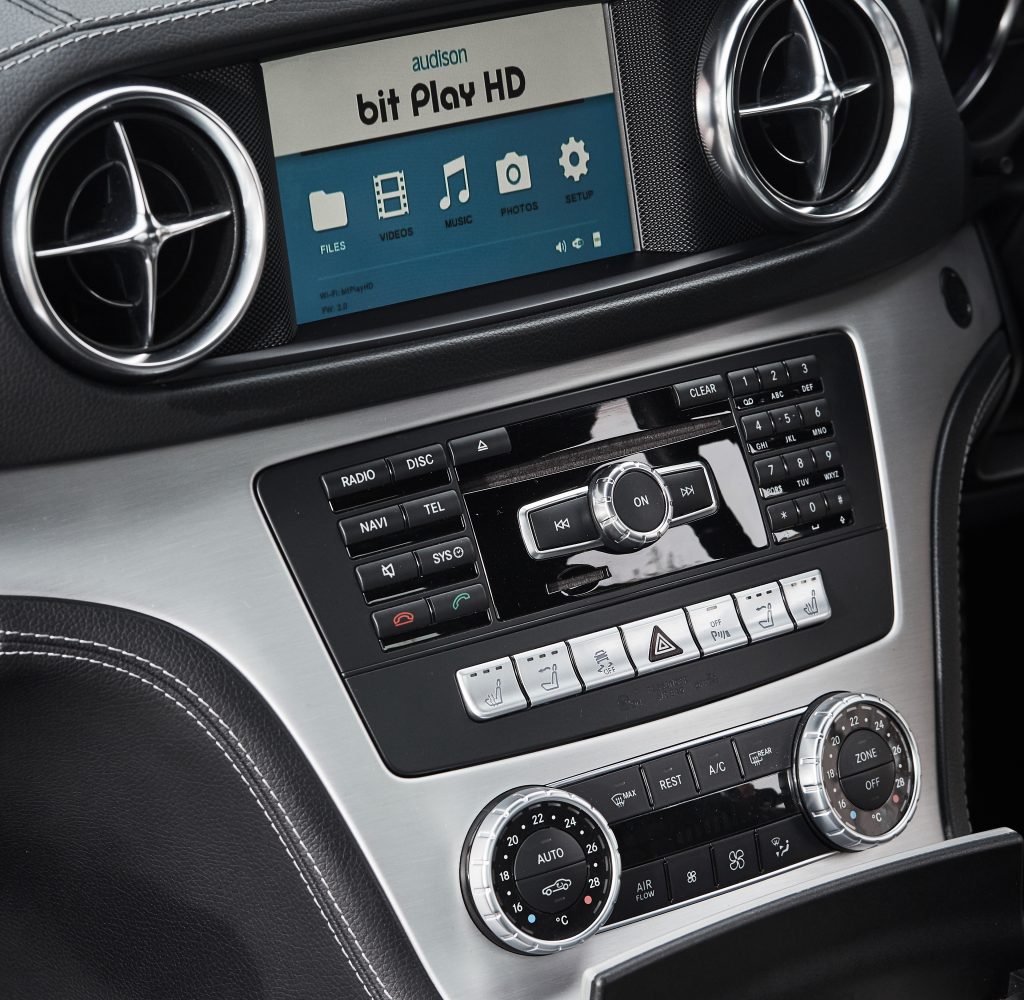 Here are just some more pictures of the install that we had taken over the duration it was with us.

A rare treat to experience excellent customer service, real expert and knowledgeable advice, enthusiasm and on-going support. Nothing is too much trouble for Paul and the team at Source Sounds. I wouldn’t even consider going anywhere else!