With many Landrover Defenders getting stolen up and down the country and parts going missing daily, this customer was fed up of her headlights being stolen.  We initially removed all the screws and used tamper proof security bolts to make the thieves job that little bit harder.  Once this was done we then used a closed loop sensor attached to a previously fitted Clifford C650 alarm system and connected this to the trim which covers the headlights.  If this cable gets unplugged or cut in the event of attempted theft, it instantly triggers the alarm and hopefully scares the thief away before they can remove anything from the vehicle. 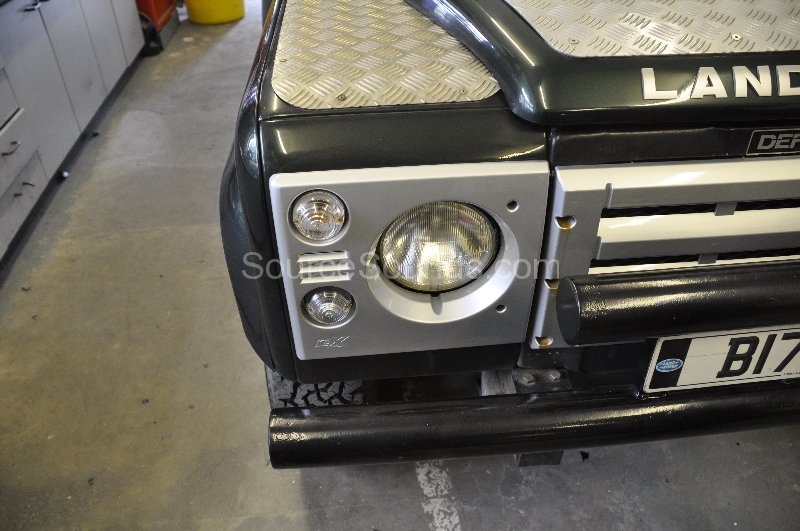 Absolutely brilliant, outstanding service from advice on which alarm to have, very professional install and great introduction to the system when it’s fitted. I’d recommend these to anyone. Well done!